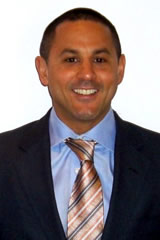 Born and educated in South Africa, Marco completed a Bachelor of Commerce (Economics) in 1992 and spent a number of years working in international trade and shipping before moving to the UK where he completed his professional qualifications and was admitted to the Supreme Court of England & Wales in 2003. He practiced as a solicitor in the areas of shipping and international trade for 4 years in the City of London before making the move to Australia (via the Employer Nomination Scheme) in 2009.

He was admitted as a solicitor of the New South Wales Supreme Court the same year. He is also a Registered Migration Agent (Migration Agent code of conduct) As an immigrant, he personally understands the necessity for reliable, trustworthy advice and assistance in order to successfully navigate the bureaucracies and systems along the way.

Outside of his business Marco enjoys the outdoors, rugby union, golf and cricket and is a volunteer lifesaver with Surf Lifesaving Australia.