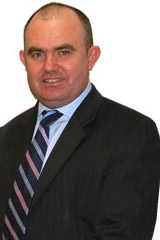 Chris hails from Rockhampton in Queensland. He completed his Bachelor of Arts and LLB at the University of Queensland in 1992. He subsequently spent a number of years working as the in-house counsel in the Industrial Relations department for a number of industry associations.

He was admitted as a solicitor of the New South Wales Supreme Court in 2000, became a Registered Migration Agent in 2002 and was admitted to the High Court of Australia in 2003. He specialises in workplace relations and corporate immigration. He is a consultant to MCA Legal.

In his leisure time, Chris is a family man, enjoys bush-walking and watching rugby union, league and cricket. He is a student of history and takes a keen interest in politics and world-affairs.